I love when a meal is described as rustic. What exactly does that mean? It’s one of those things where you just know it when you see it–dinners that are unfussy, unpretentious, and that have a stick-to-your-ribs kind of quality. Like this Slow Cooker Panade with Mushrooms and White Beans. 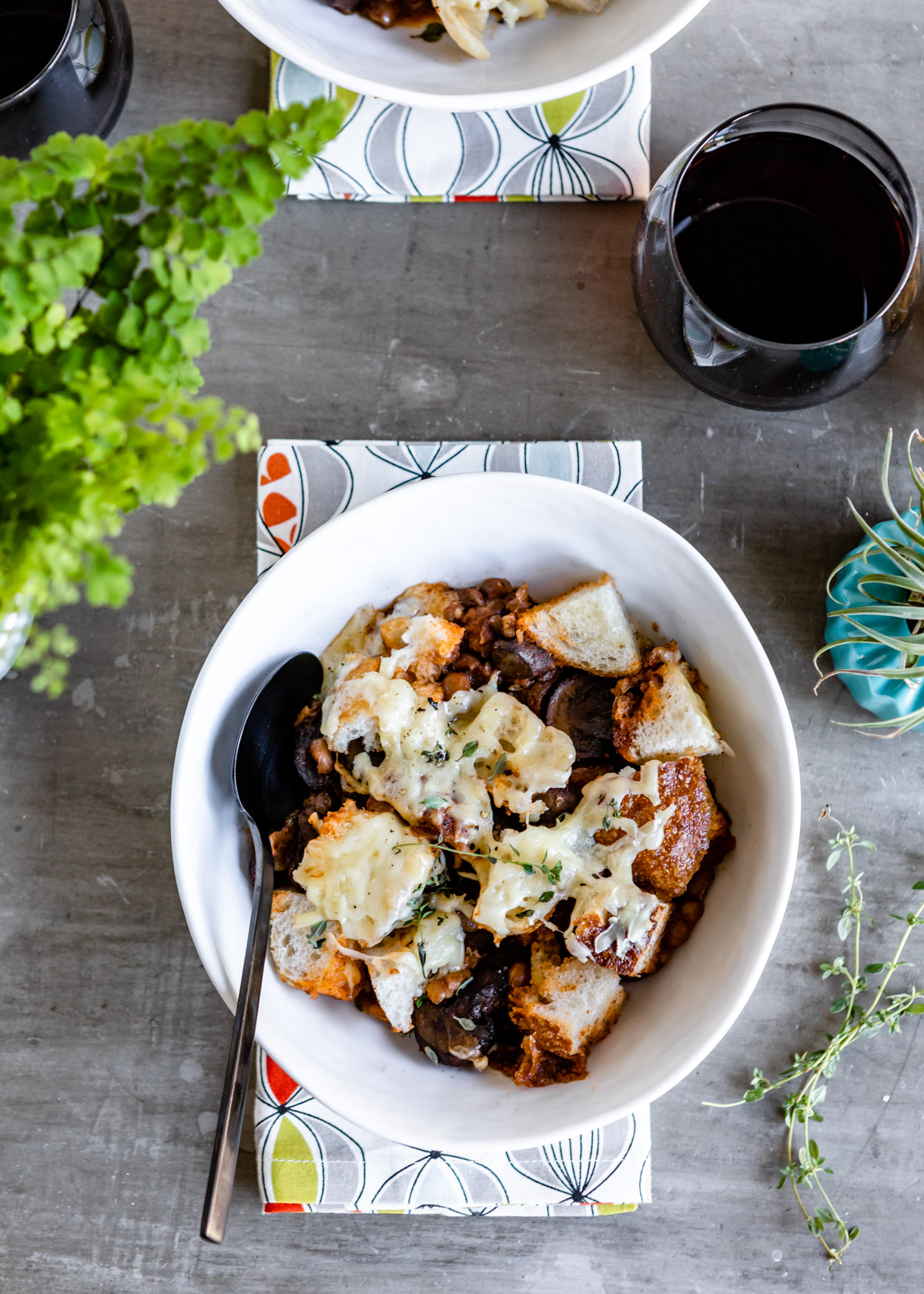 Despite the French name, panade is kind of the epitome of rustic cuisine. It’s traditionally made with leftover food and broth that’s baked with stale bread and cheese on top. The bread soaks up the liquid from the stew, the cheese melts, and your leftovers are given a second life.

This Slow Cooker Panade isn’t quite traditional because it doesn’t rely on leftovers–and because it’s made in a slow cooker. I got the inspiration from Martha Stewart’s recent slow cooker cookbook, which I borrowed from the library last month, and a tried-and-true favorite of my family’s from Robin Robertson’s Fresh from the Vegetarian Slow Cooker. The Martha recipe didn’t quite work out for me, but taking that idea of doing panade in a slow cooker and combining it with the other recipe proved to be a success. 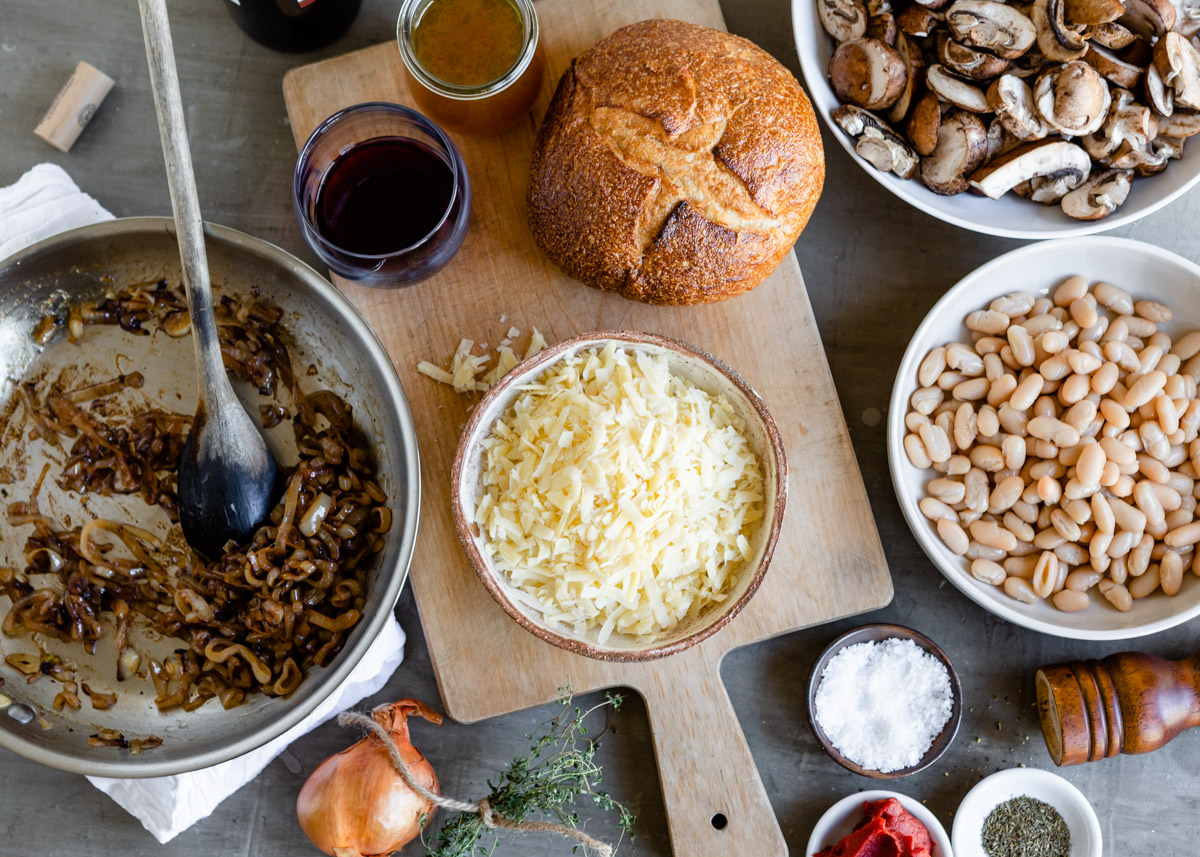 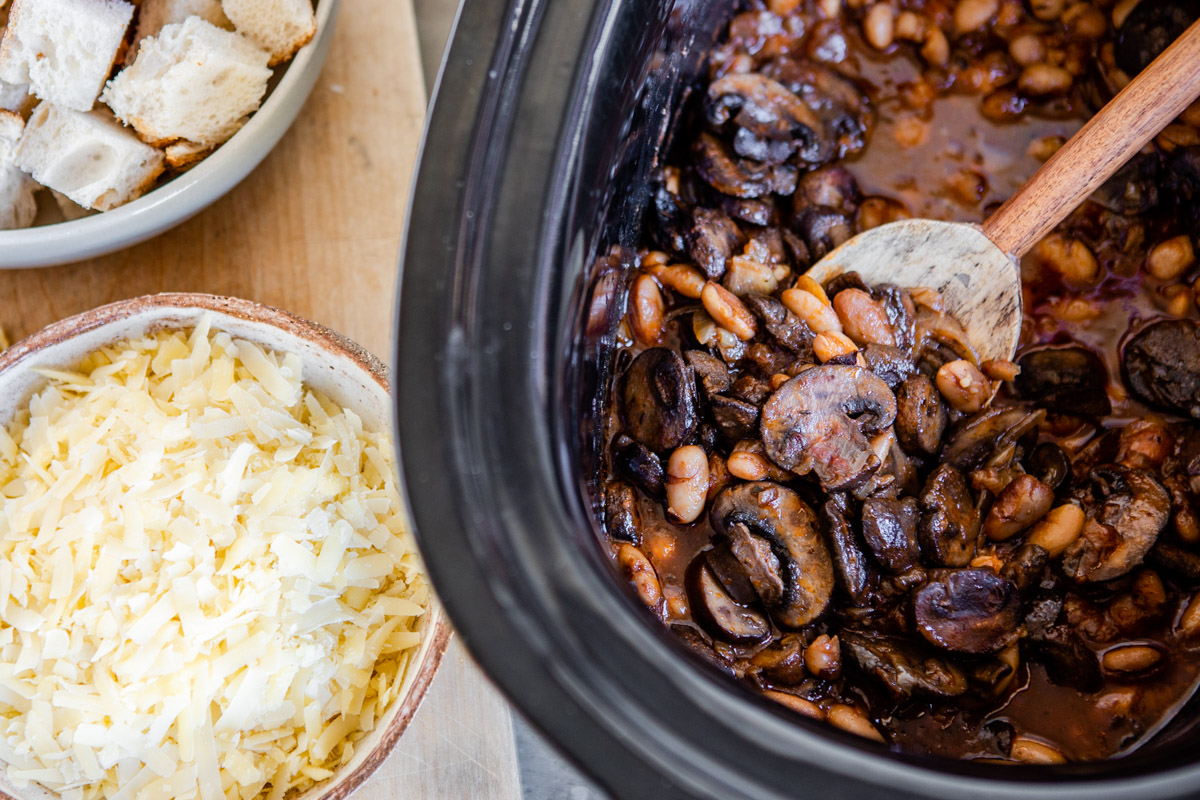 Traditional panade is almost like a stuffing or a strata, with everything stirred together before baking; I liked the Martha take on panade because it was more like a French onion soup—the stew portion isn’t stirred in with the bread, but instead the bread is layered on top. For me, this is perfect, because you get that toasted, crusty bread on the top of the cubes, while the bottoms are soft from soaking up the broth.

Because I find that slow cooked onions and shallots never really achieve the texture I like, I gave the shallots a quick sauté in a skillet before transferring them to my crockpot with the other stew ingredients. But other than that, prep is really just a matter of tossing all the ingredients into your slow cooker. 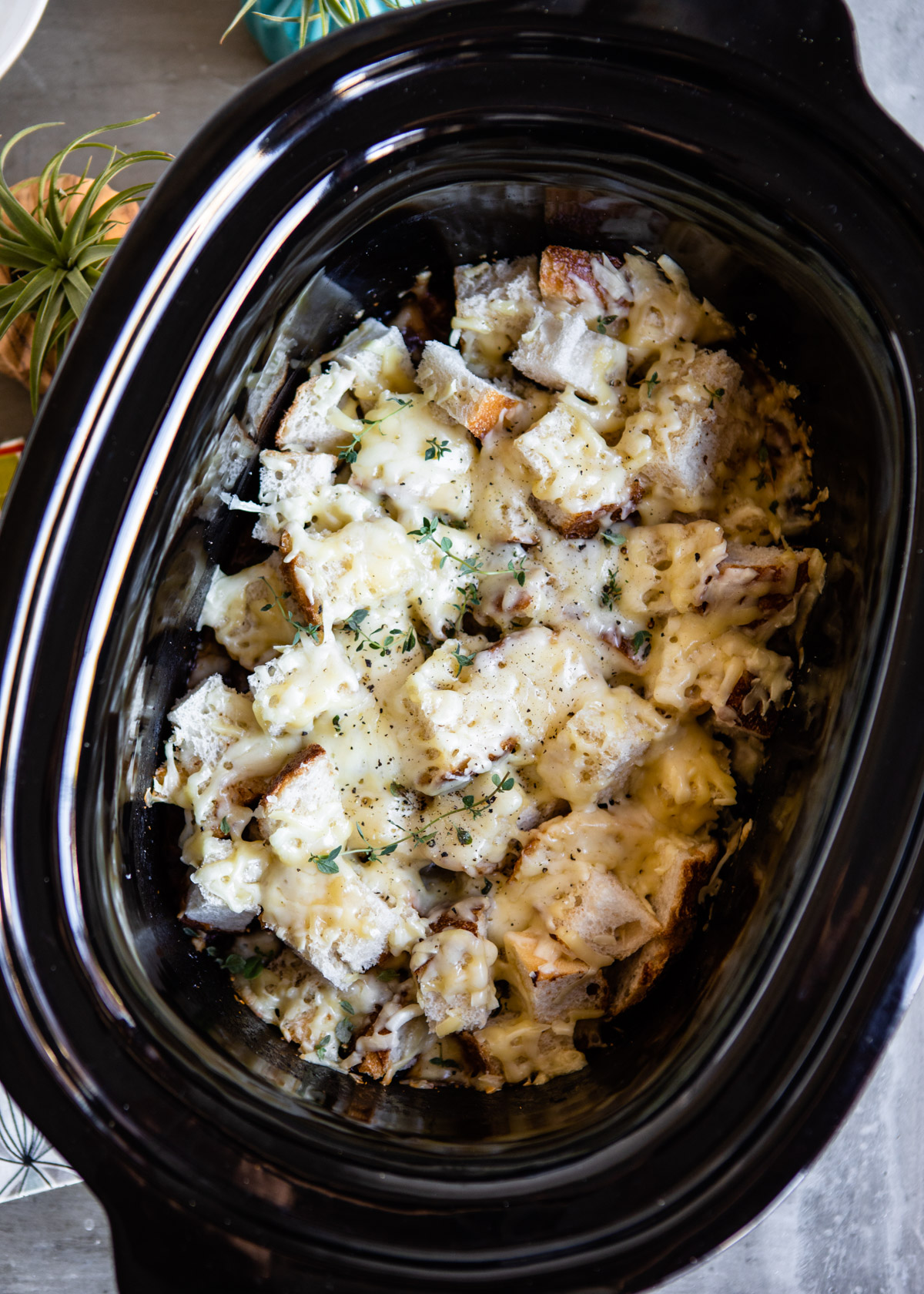 Let the stew cook for a few hours and just before it’s done, you’ll open the lid, pop in the bread cubes, top everything with cheese, and cook until the cheese melts, the stew gets thickened from the bread, and the bread soaks up the broth.

If you love hearty, filling meals when it’s cold outside, this recipe is going to become a favorite. 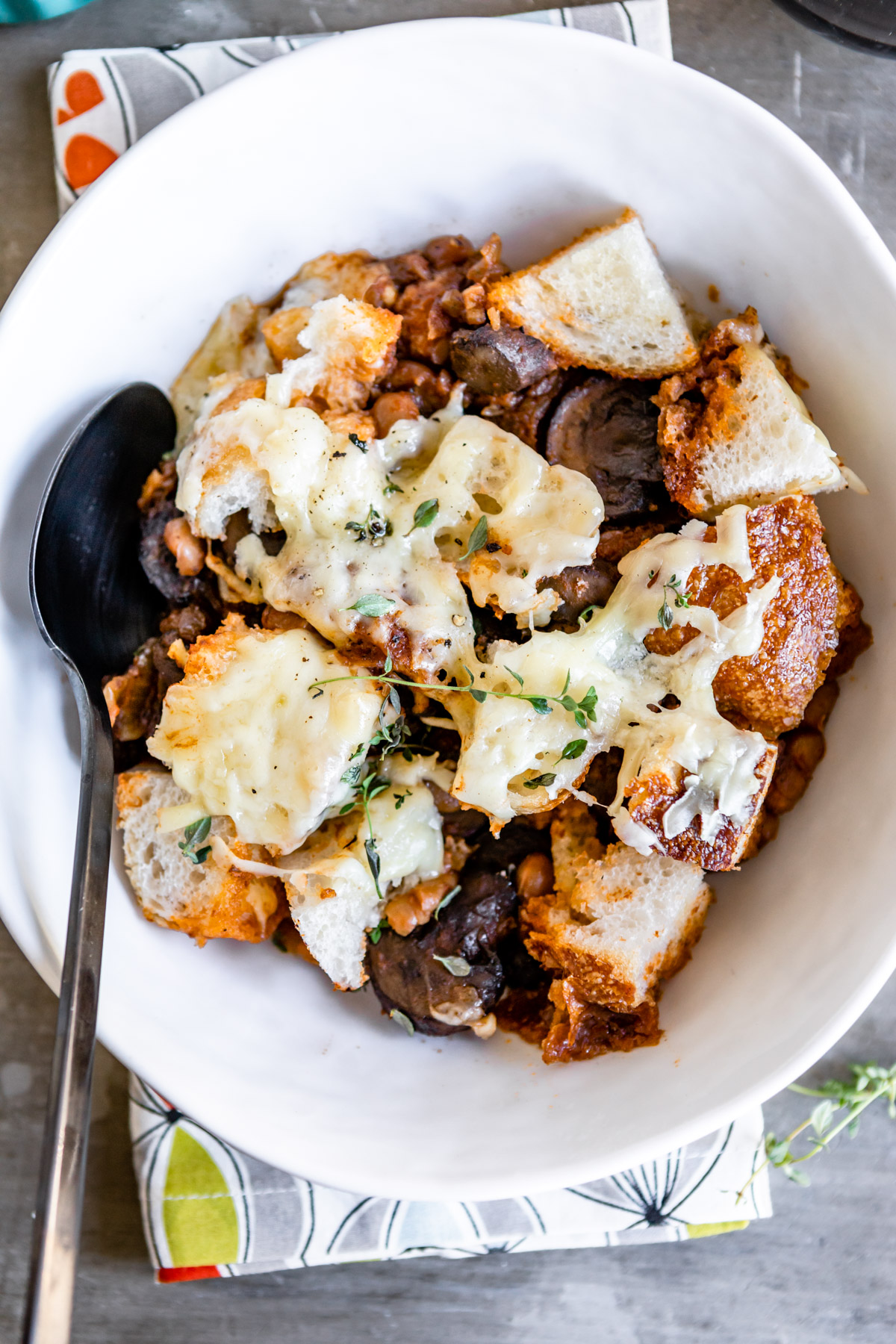 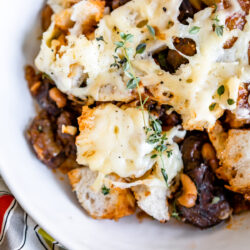 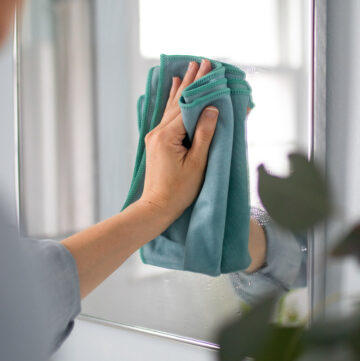 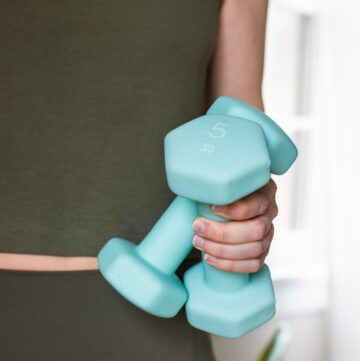 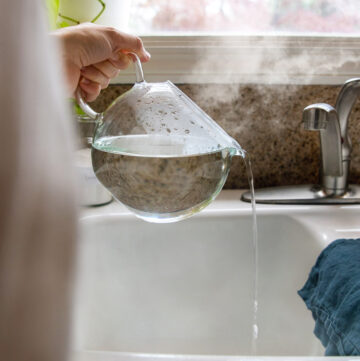 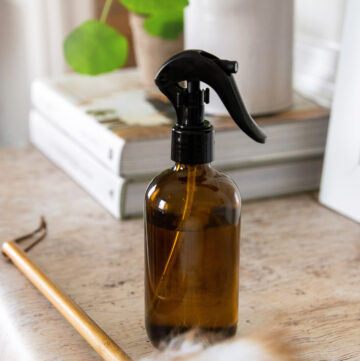 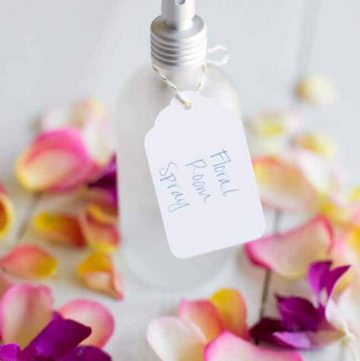