These Quinoa White Bean Zucchini Fritters are everything delicious about summer on a plate. There’s zucchini, found in abundance in all vegetable gardens and farmers markets this month. And cherry tomatoes! Basil too, which is also at its peak right now–it’s the perfect time to harvest it before it starts bolting in the August sun. The only thing that might be missing is corn, but you could totally add that too if you’re feeling ambitious. 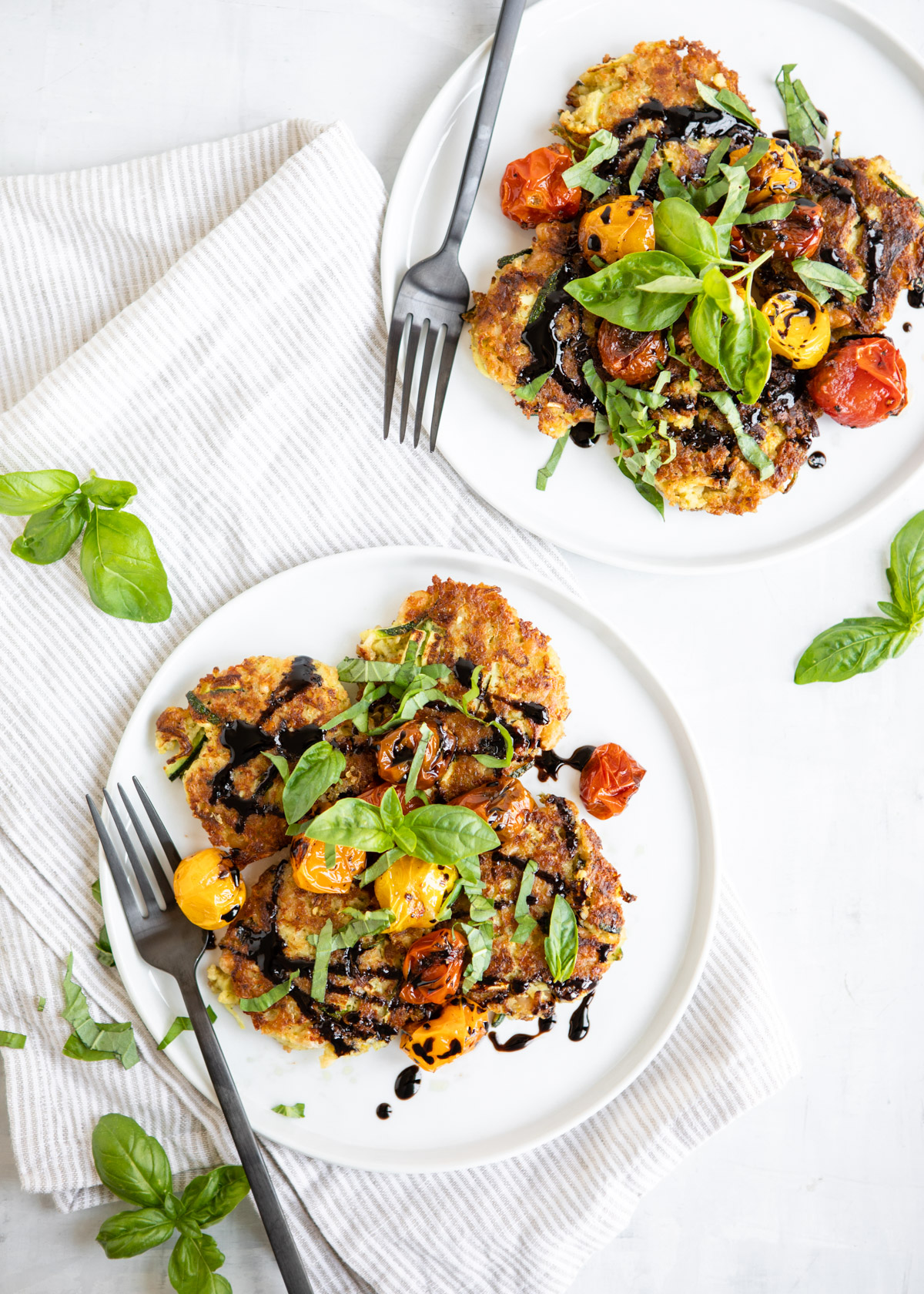 When I develop recipes, I’m usually pretty mindful of the ingredient list; this one is a little big long, but don’t let it put you off. A lot of the ingredients are things you probably have on hand or can repurpose in other recipes throughout the week. And the rest you can get right from your vegetable garden or CSA box! 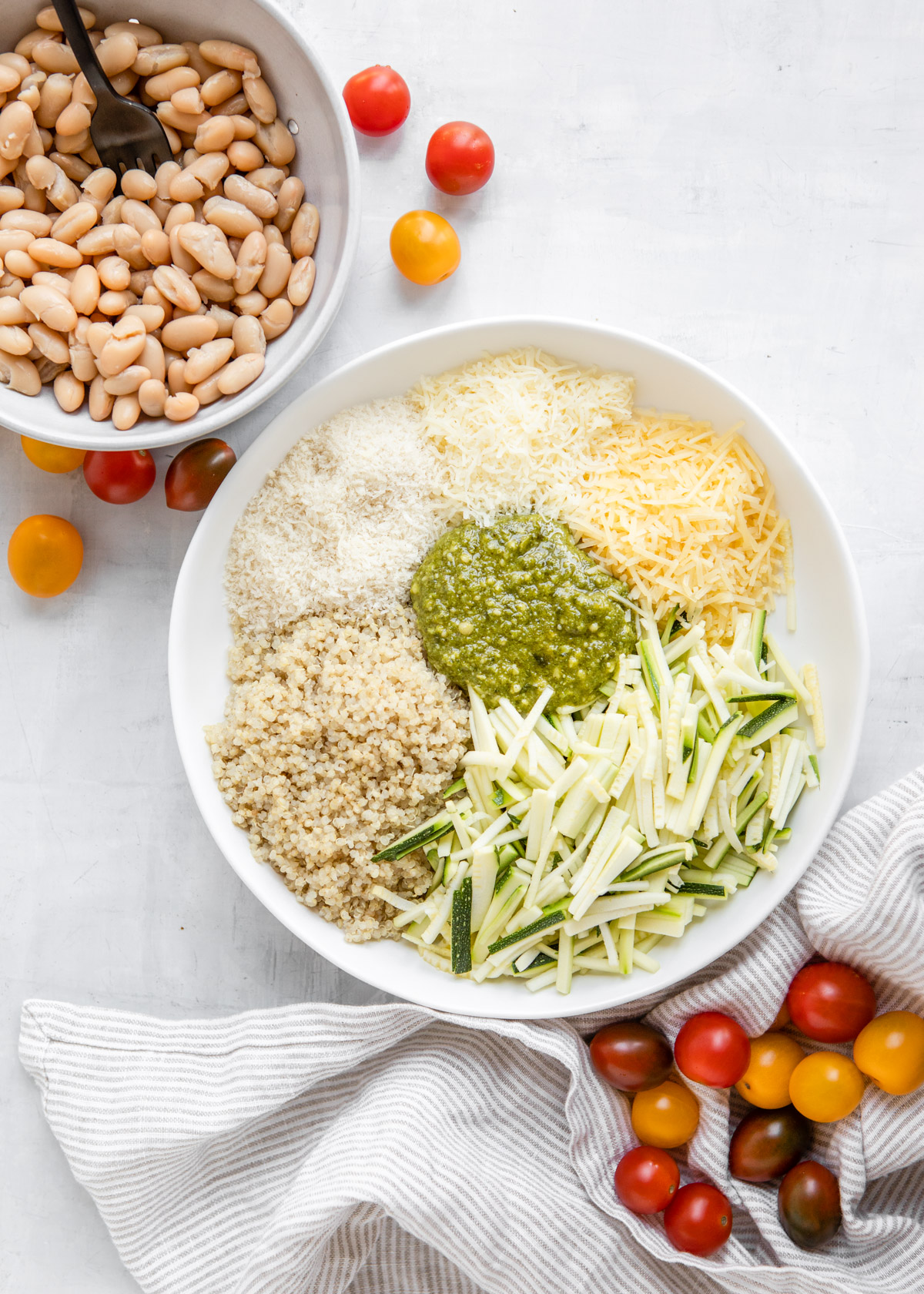 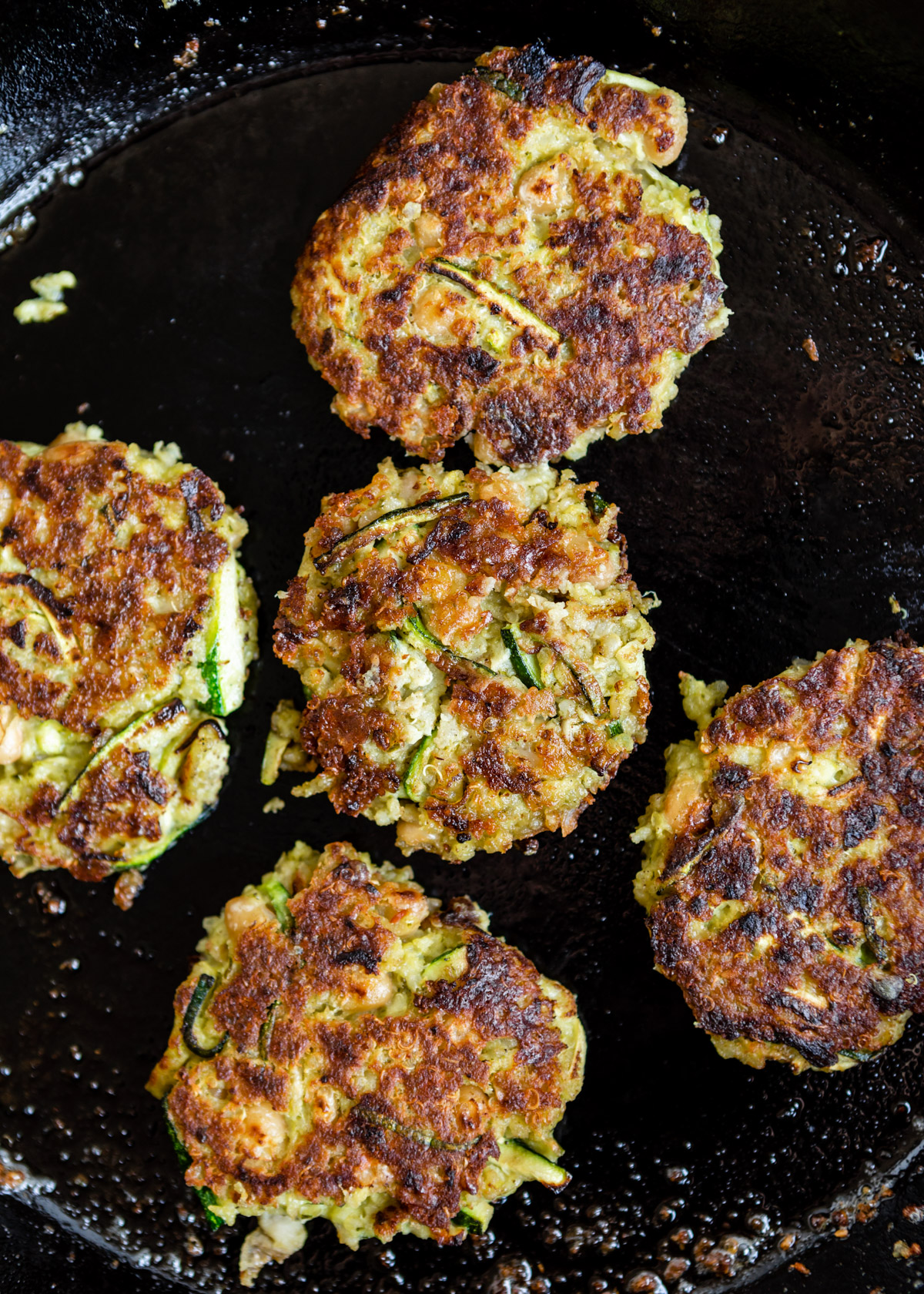 Fritters are often light in the protein department and don’t make much of a meal on their own, but this recipe is a balanced meal–cheese, quinoa, and white beans add protein to the zucchini fritters and the oven-roasted cherry tomatoes round things out by contributing an additional serving of fresh produce.

I make variations of these fritters often and in the winter, I sometimes serve them with a good marinara instead of the cherry tomatoes, but since it’s summertime and local tomatoes are in season, don’t skip them! 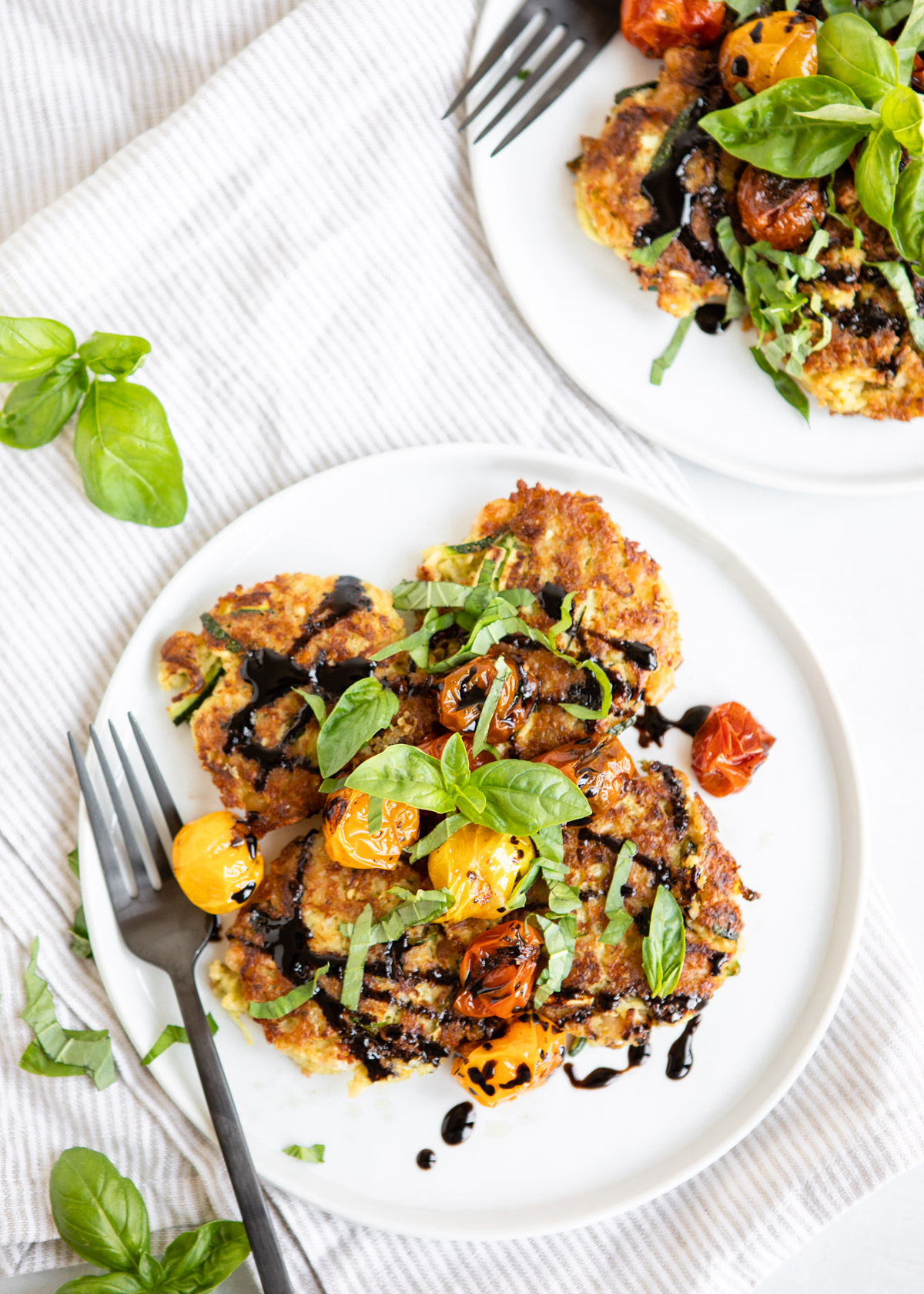 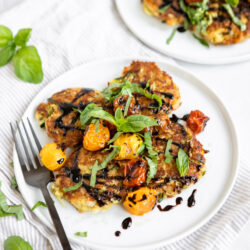 You can buy balsamic glaze, usually near the balsamic vinegar, at many grocery stores, or you can make your own. If you test the fritter mixture and it's not sticking together, fold in another beaten egg. 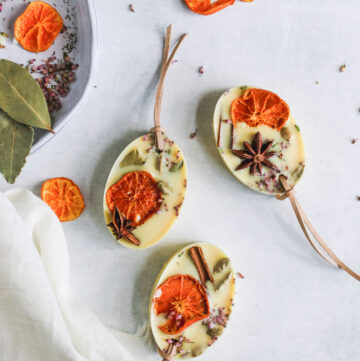 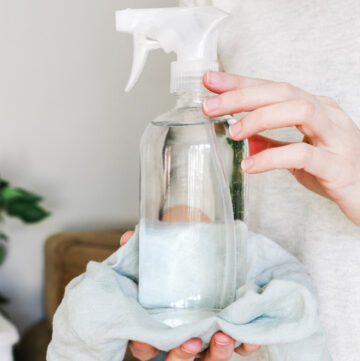 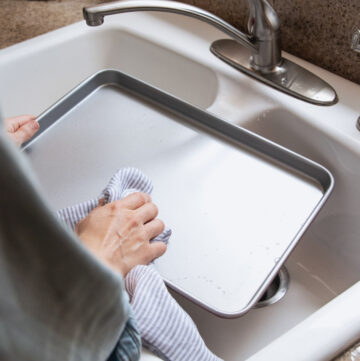 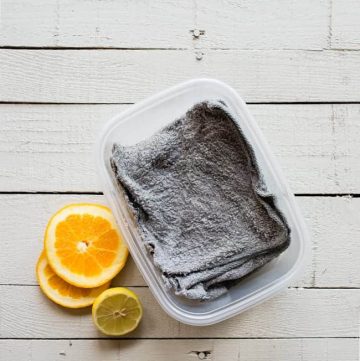 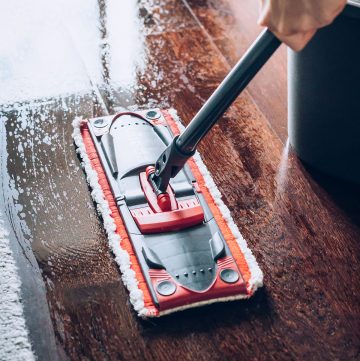