In the past few years, I’ve become become the opposite of a germaphobe. For daily cleaning I wipe counters with just a wet rag and use the world’s easiest homemade foaming soap to wash hands. I’m a cleaner-a-phobe!

But I’ve always wanted a good all-purpose cleaner I could use in the kitchen without worrying about it getting on food or leaving harmful residue. Finally, I found a powerful combo that’s safe around food and kids: hydrogen peroxide and distilled white vinegar. 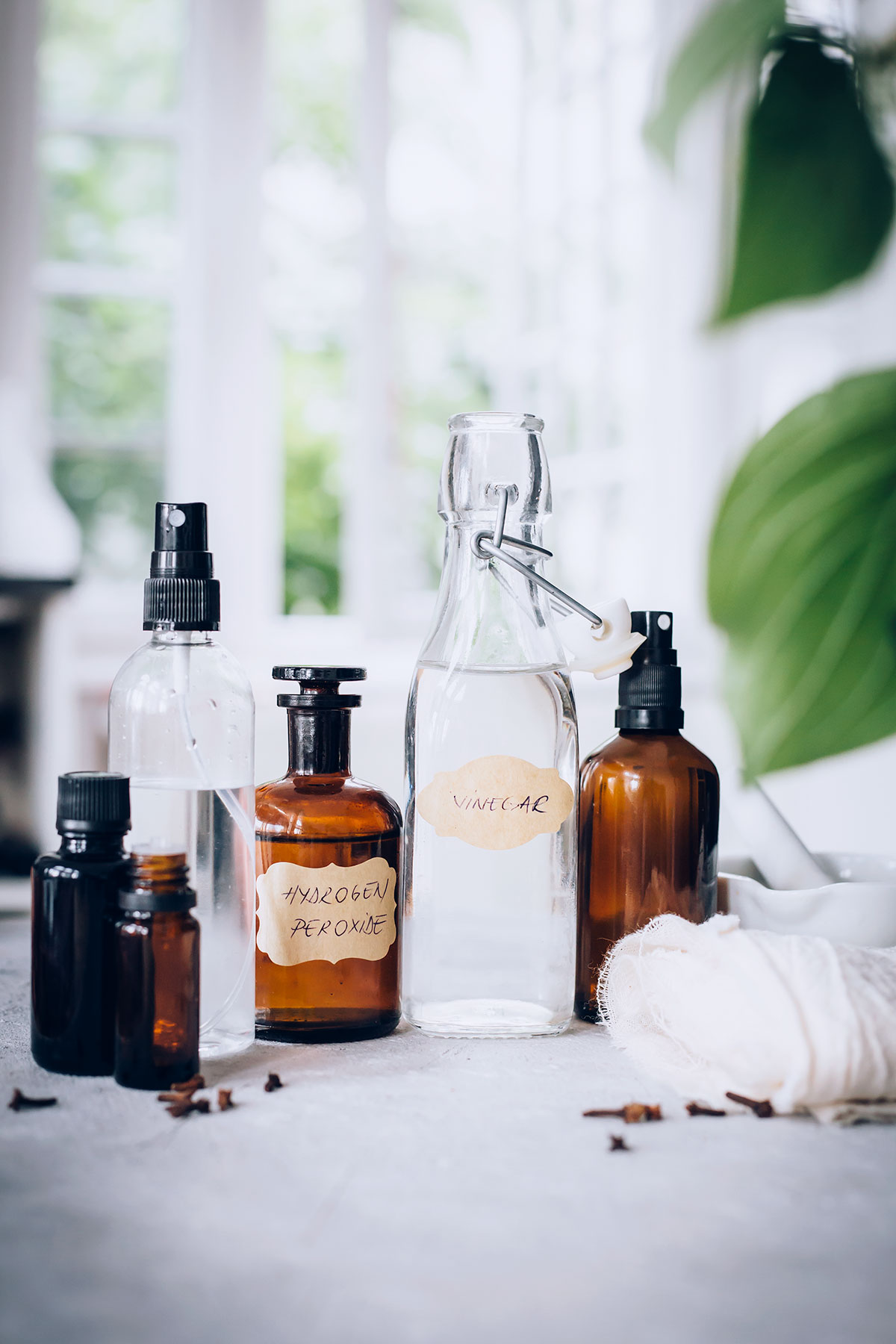 How to use Hydrogen Peroxide and Vinegar together

Simply spray one right after the other onto surfaces you want to clean – counters, cutting boards, even fruits & veggies. It’s 10 times more effective than using either spray by itself! Here’s how it works:

In tests run at Virginia Polytechnic Institute and State University, pairing the two mists killed virtually all Salmonella, Shigella, or E. coli bacteria on heavily contaminated food and surfaces when used in this fashion, making this spray combination more effective at killing these potentially lethal bacteria than chlorine bleach or any commercially available kitchen cleaner. (source) 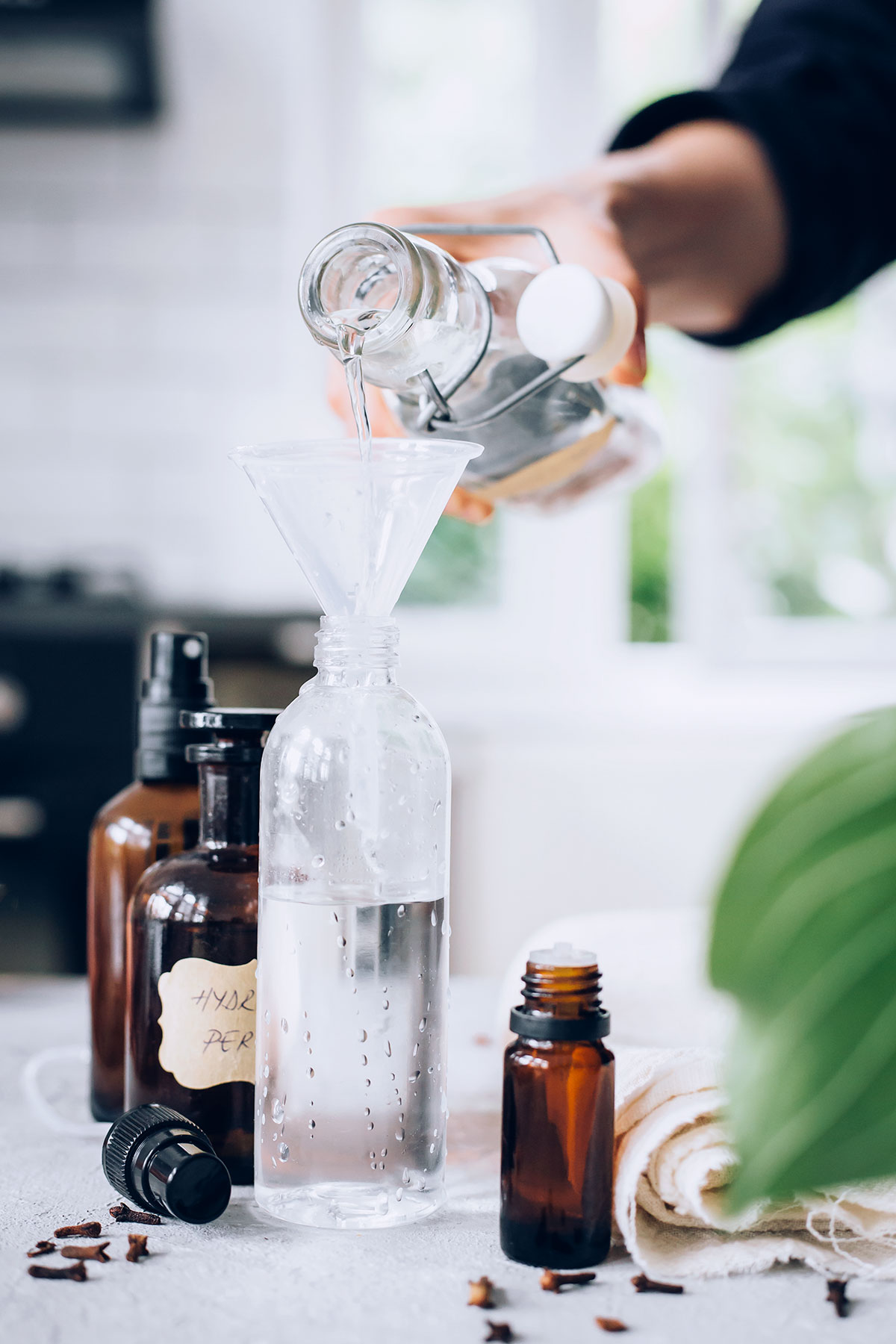 In the first spray bottle, combine:

In a second bottle, add hydrogen peroxide. You need a dark-colored bottle as peroxide starts to breaks down when exposed to light (or just put a spray nozzle on the original bottle). 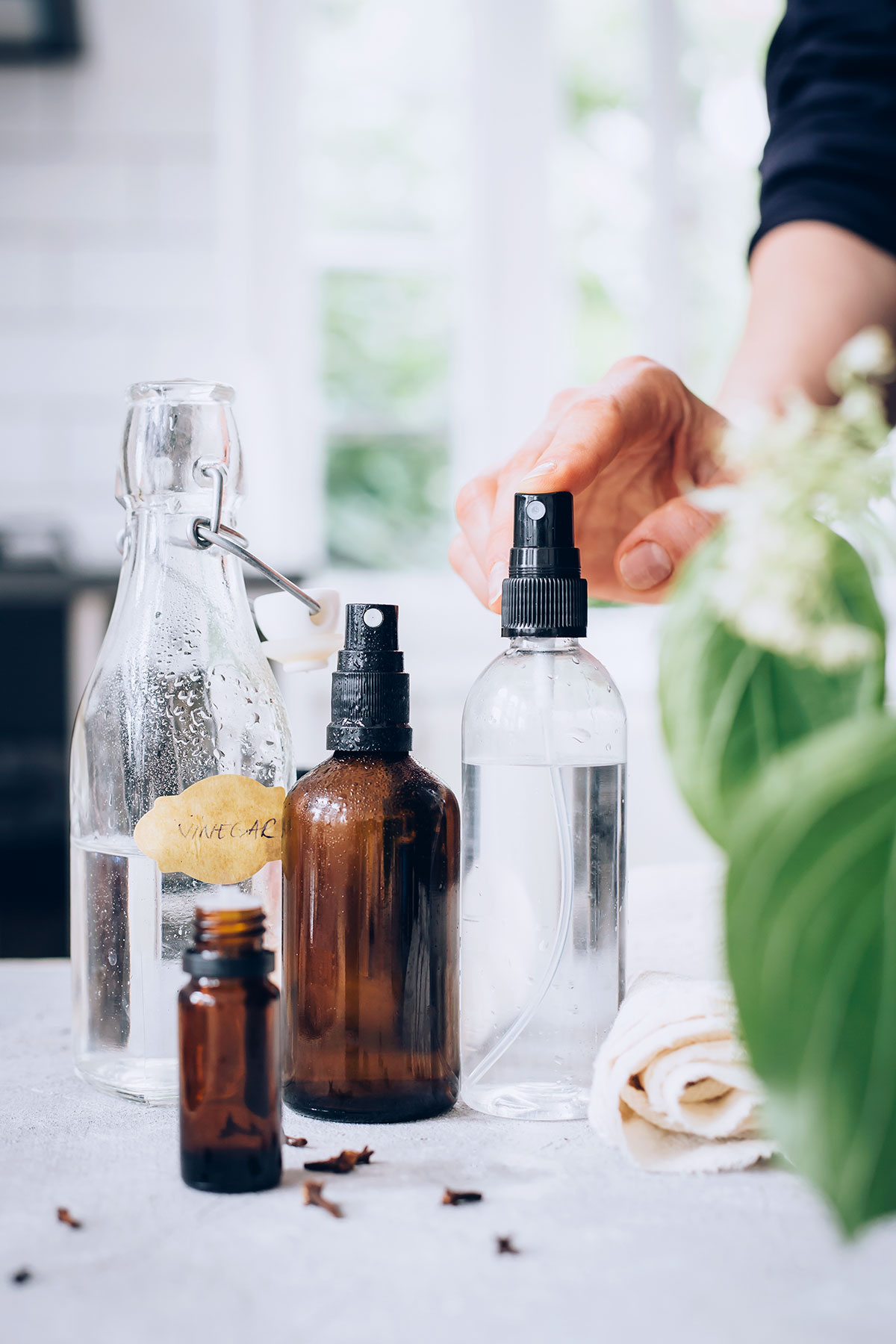 Warning: Don’t put vinegar and hydrogen peroxide together in the same bottle

I did this the first time (oops), but apparently combining both in the same bottle creates peracetic acid, which can be harmful. So it’s best to keep them separate!

And once you have a big jug of vinegar there are about a billion things you can make and clean with it. Here are just a few! 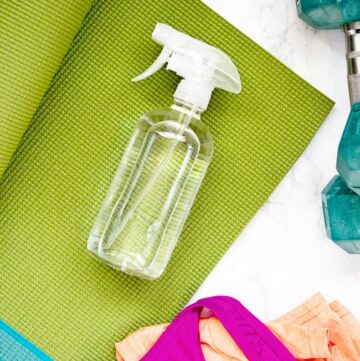 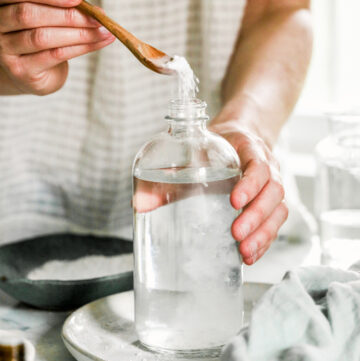 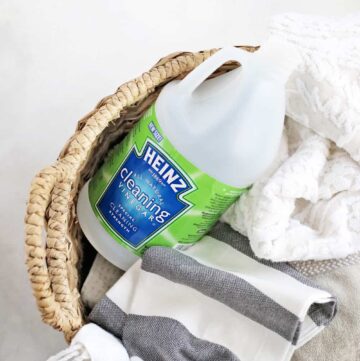 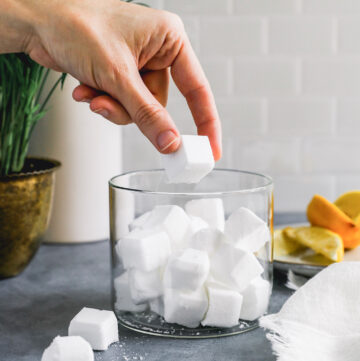 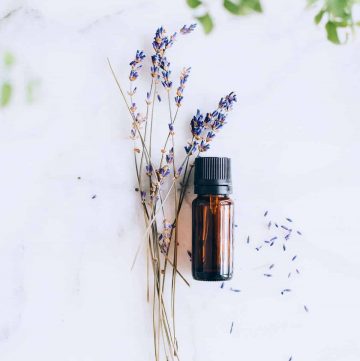