It’s become sort of a joke in our house, but I’ve been known to buy candles just for the jar. Sometimes I don’t even burn them! I just melt the wax, clean them out and voila! A new container to add to the teetering pile in my prop closet.

One thing I’ve learned along the way is how to get wax out of old candles without leaving a greasy mess behind. Whether you buy your candles for burning, décor or props, here’s how to clean them out and give those pretty containers a second chance at life. 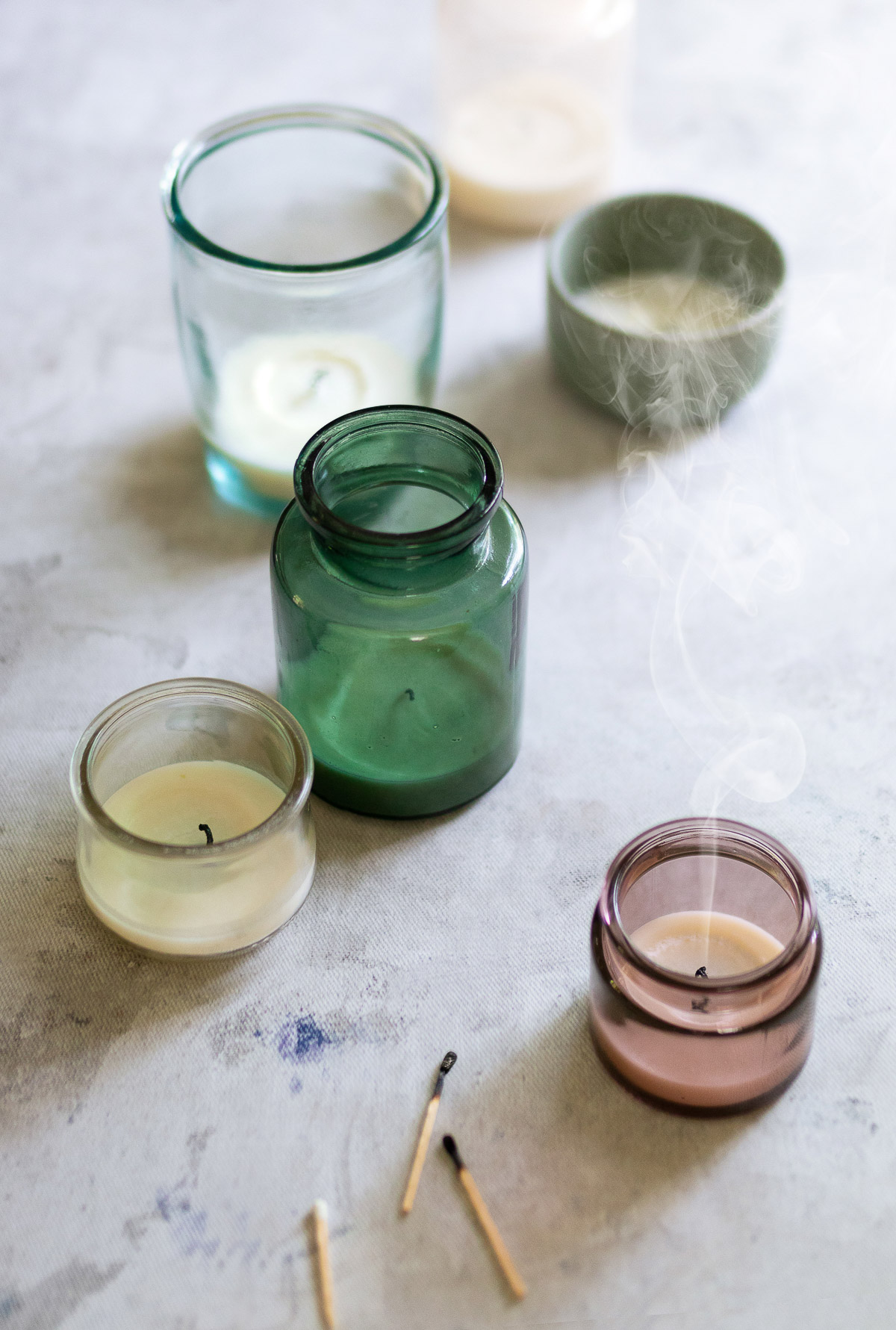 How to Get Wax Out of Old Candles

You’ll know it’s time to toss a candle when there’s only about ½” of wax at the bottom. If you burn the candle any further, you run the risk of damaging either the container itself or the surface it’s sitting on.

Now, how you get wax out of old candle containers depends on both the type of wax and the shape/type of container. Beeswax is a hard wax, so it needs to be melted or frozen. But soft waxes, such as soy and coconut wax, may be soft enough to scoop out or melt with hot water.

Always keep your container in mind (Is it coated? Thin? Breakable?) so you don’t damage it during the wax-removal process.

Scoop Out the Wax

It may seem too easy, but 100% soy wax is soft enough to scoop out. To help the process, I like to put the candle in the sink upside down and run hot water over it for several minutes. When the wax softens slightly, use a spoon to get out as much as you can, being careful not to scrape the container. Set the leftover wax aside to be used later. 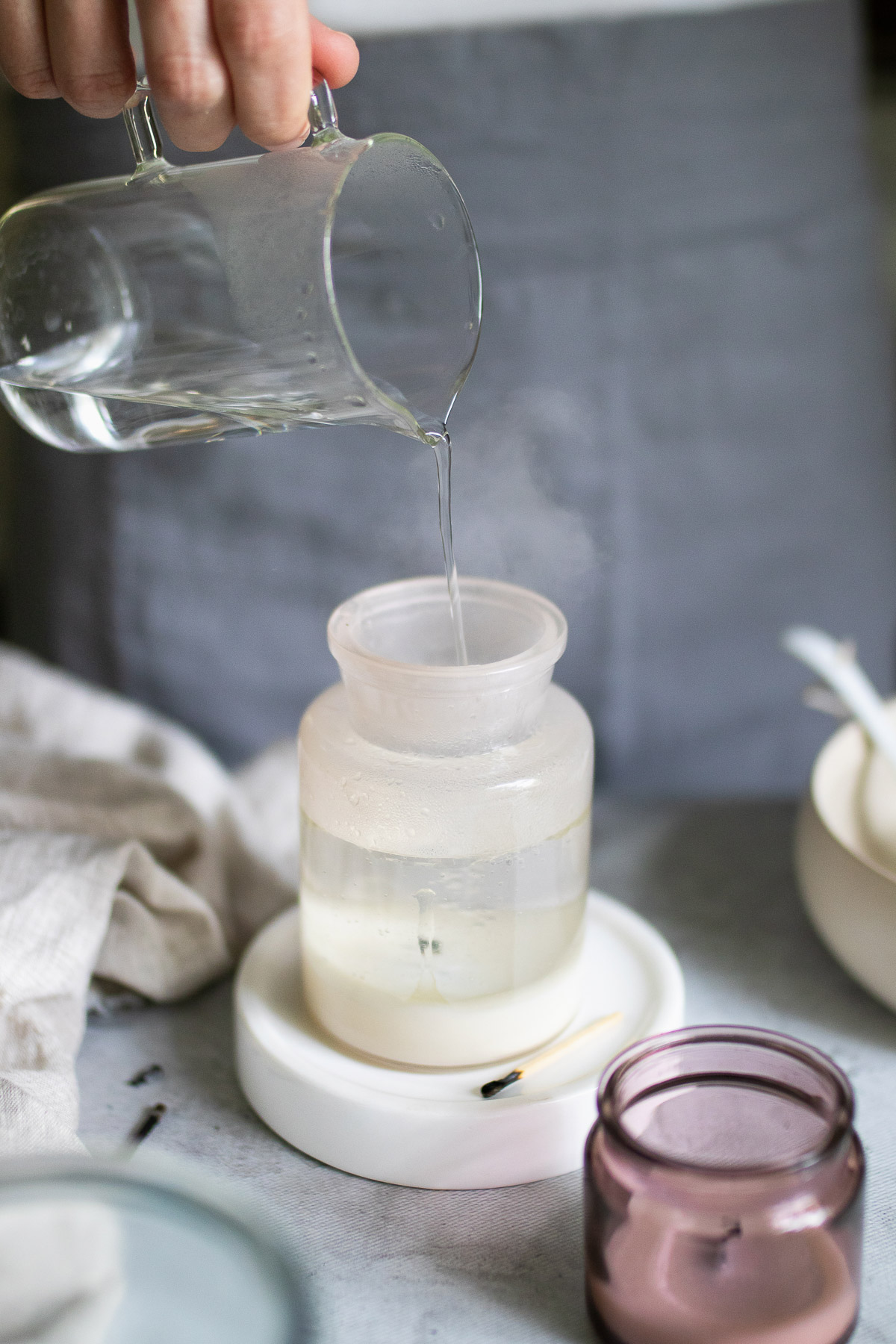 This method is a great option for softer wax blends that a have a low melting point.

Start by boiling 1-2 cups of water. While the water heats up, turn your candle upside down, place it in the sink and run hot water over it. Most candle containers are heat-proof, but a sudden change in temperature may cause it to crack. Priming the container with hot water should help prevent this.

When the water starts boiling, slowly pour it into the container and let it sit for about 15 minutes. As the water cools, the melted wax will float to the surface and solidify. Pick out the solid wax chunks and set them aside for later use. Then pour the water down the drain.

Repeat the process until all the wax has been removed.

When it comes to getting wax out of old candles, this is my favorite method because it’s pretty set-it-and-forget-it. It’s also gentle enough to melt many different types of wax without damaging the container.

Preheat the oven to 170 degrees Fahrenheit (or as low as your oven will go). Place the candle on a baking tray and pop it in the oven for about 20 minutes. While some candle wax may be completely melted after 20 minutes, harder waxes can take more time. Keep checking on the candle every 20 minutes until the wax is totally melted. Pour the melted wax in the trash or, if you plan to reuse it later, into a plastic food container.

I love using this method for harder waxes that contract when they get cold, like beeswax. While you can still do this with soy or coconut wax blends, they may be too soft to solidify completely.

Pop the candle in the freezer overnight. When you pull it out the next day, you should see that the wax has pulled away from the edge of the container and it’s somewhat loose. When you flip the container over, the wax should pop right out. If it doesn’t come out easily, use a knife to loosen it and try again.

Note: I have had some containers get wonky in the freezer. In my experience, it usually happens with cheaper candles that come in colored glass containers. 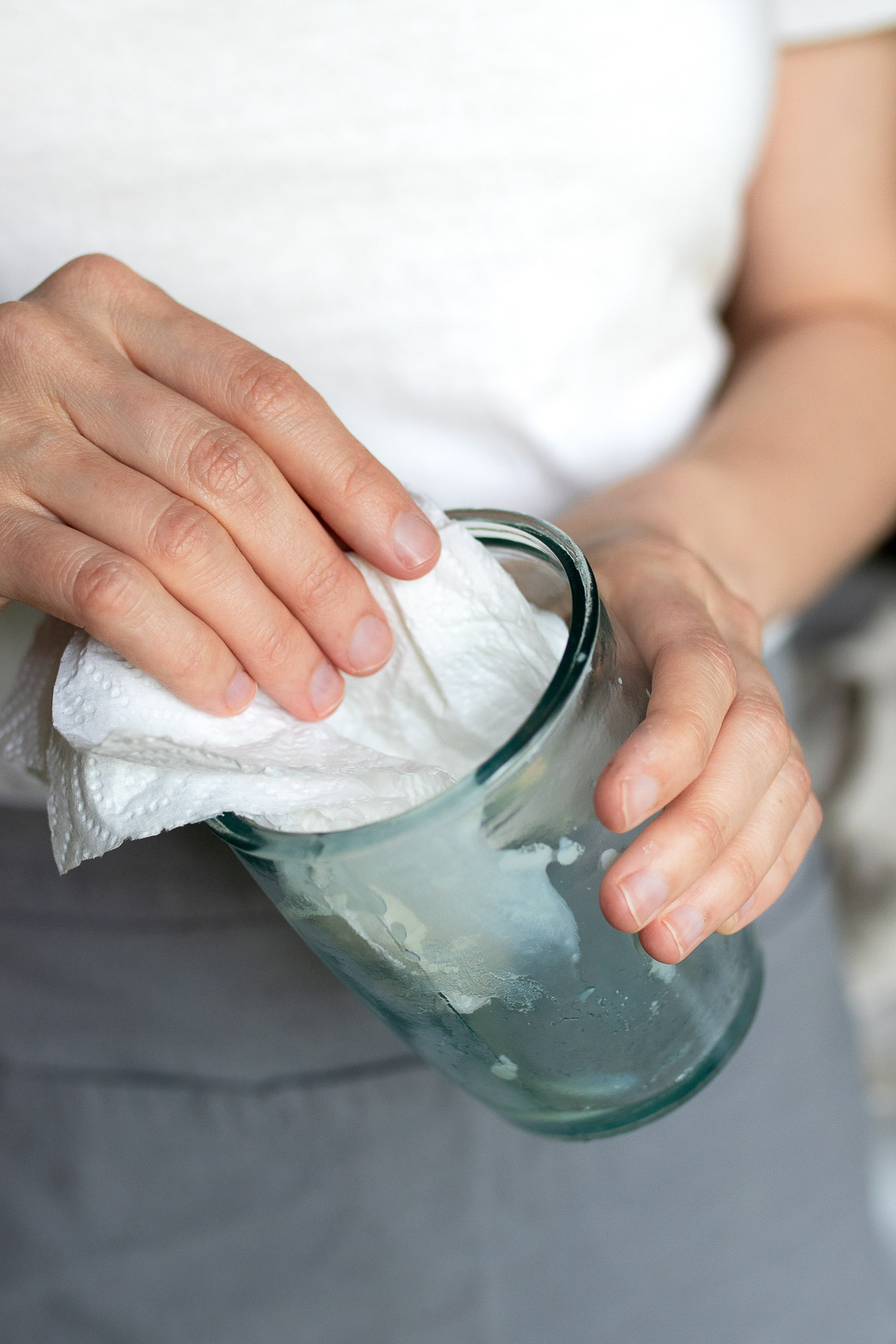 How to Clean Candle Containers

Its best to clean the container immediately after melting and removing the wax.

If the wax is still soft, use a paper towel to wipe down the container and remove as much wax as possible. If there’s a thick layer of hardened wax sticking to the container, then fill the container with hot tap water and let it soak for several minutes. Then try wiping it down again.

See also
How To Break Up With Paper Towels for Good!

If there’s any leftover glue where the wick holder used to be, use Goo Gone or some other de-greaser to dissolve it.

After getting rid of as much residue as possible, pour a liberal squirt of dish soap into the container and use a bottle brush to scrub it clean. Make sure to wash the outside of the container as well, since melted wax tends to get everywhere.

Set the container aside to dry.

How to Use Old Candle Wax

Think you need to toss that leftover wax in the trash when you’re done? Nope!

Every time you get wax out of old candle, pick out the wick and metal wick holder, then collect the cooled wax remnants in a plastic bag to be used later. Since different kinds of wax can be used for different purposes, it helps to separate the remnants by type, if you can (ie. keep beeswax in one bag and paraffin wax in another.)

If there are bits of dust and debris in the candle wax, I like to strain the melted wax through a mesh strainer to remove it. But that’s up to you. 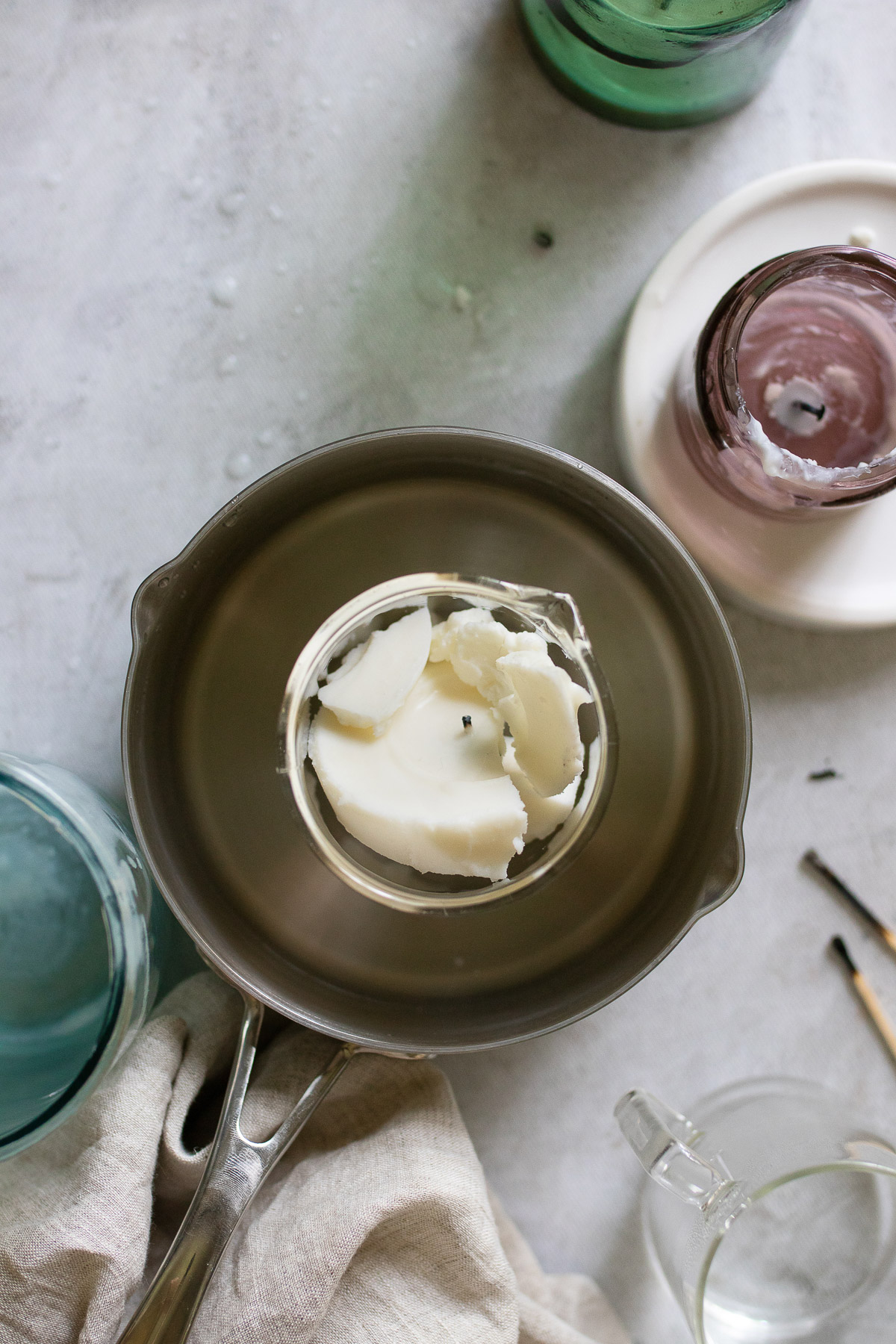 Once you have a sizable collection of leftover wax – an entire sandwich bag’s worth, for example – you can reuse it in several different ways:

If you’ve got a lot of soy wax saved up, melt it in a double boiler and add 1-2 tablespoons of essential oil or fragrance oils. Then pour it into an ice cube tray and let cool. Give them as gifts or use a wax warmer to diffuse a fresh scent throughout the house.

If you want to give both the wax and container new life, try this. Simply affix a fresh wick to the bottom of the container, melt the wax in a double boiler and add more essential oils, if needed. Pour it into your container and let cool for about 8 hours.

Thanks to a combination of wax and kindling, these babies burn long enough to turn stubborn firewood into a blazing inferno. Plus, they make great gifts. Fill the cups of a muffin pan with a mixture of bay leaves, cinnamon sticks, and dried herbs.

Place a cotton wick in the center of each cup, then pour in the melted wax and let cool. To use, place a fire starter at the bottom of a wood-burning fireplace and stack the logs on top. Light the wick and allow the fire starter to burn until the wood catches.

Wax sachets are just like candles, except they don’t burn. Melt the leftover wax down and add more oils for fragrance. Place some cinnamon sticks, star anise or dried flowers in a silicon mold, then pour the wax overtop. Let cool completely before popping the sachet out of the mold.

If you have a collection of old paraffin wax, you can melt it down and use it to preserve flowers. Simply melt the wax in a double boiler until it reaches a temperature between 130 – 150 degrees Fahrenheit. Holding a fresh flower by the stem, dip it into the melted wax so it coats the flower completely. Place the flower on its side on a parchment-lined tray. Let it cool for 5 minutes to harden.

Got some old beeswax lying around? Why not use it to make a natural alternative to plastic wrap. Simply melt the beeswax and use a clean paint brush to spread it over organic cotton fabric.

Once cooled,  you can use the wraps the same way you would use plastic wrap. Note: since these are used for food, only try this if you’re sure the wax is clean and doesn’t contain soot, dirt or other debris. 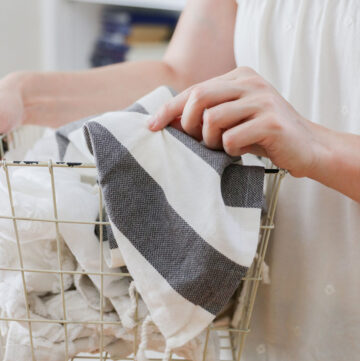 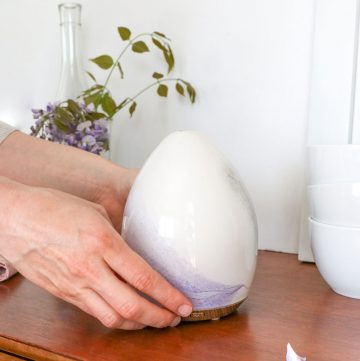 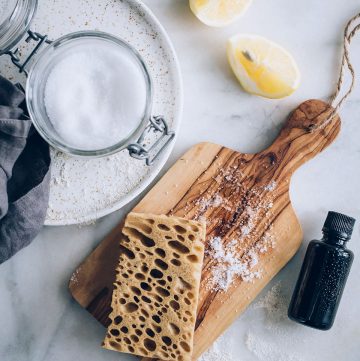 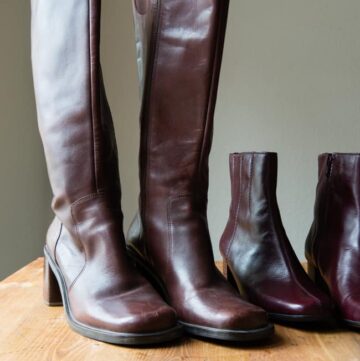 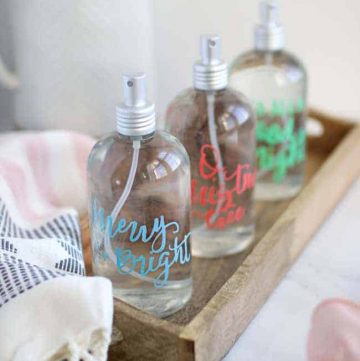